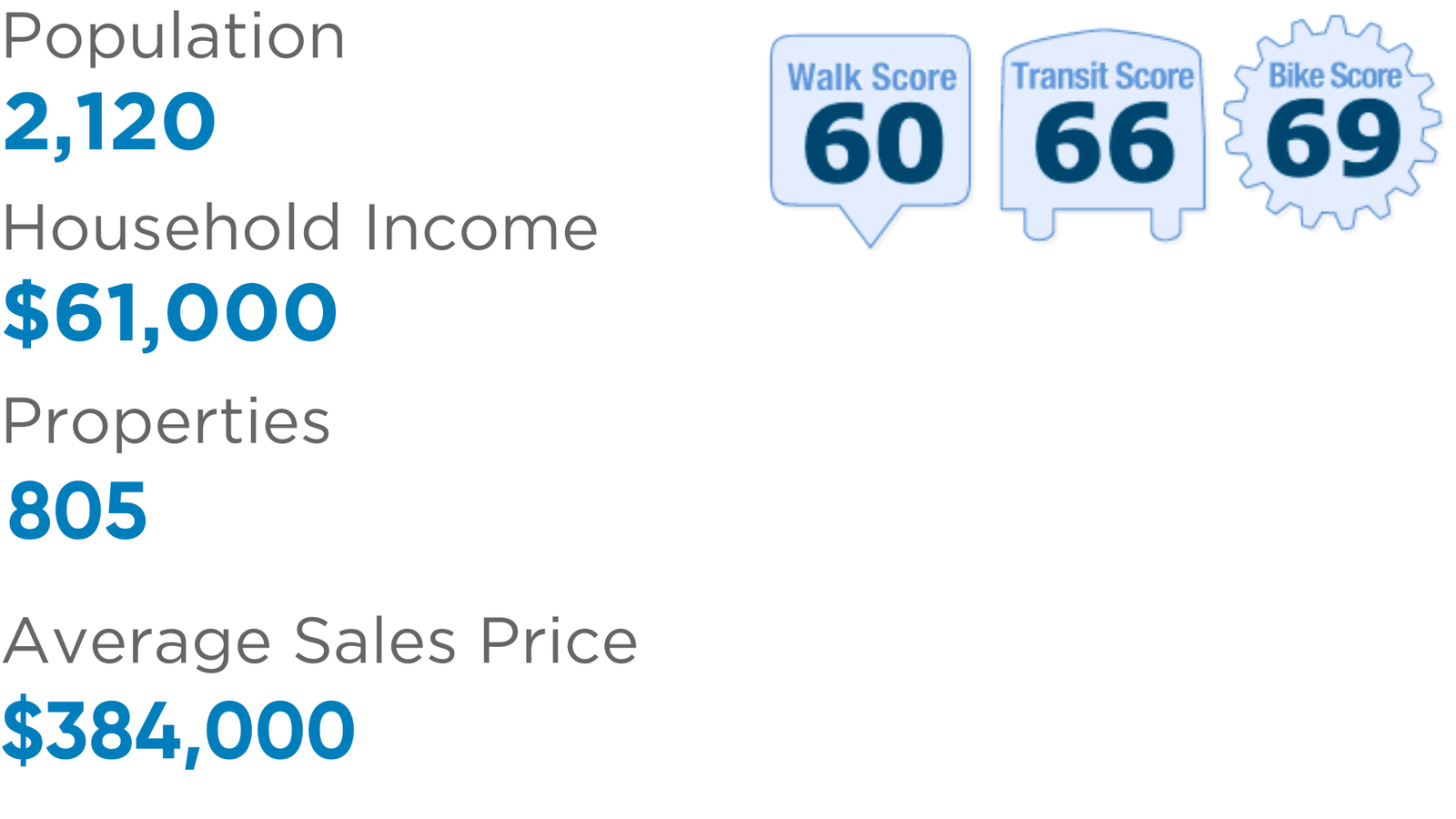 Namayo Avenue (97th Street) and 1st Street (101st Street) were principal thoroughfares for people traveling between Edmonton’s downtown and destinations to the north. As a result, the neighbourhood’s oldest residences are located along these streets. Newer residences are situated in the western portion of the neighbourhood. 97th Street remains one of Edmonton’s most important north–south thoroughfares today, and it connects northern Edmonton neighbourhoods with the city centre.

The residential section of the neighbourhood is oriented along gridiron streets lined with mature elm trees. A central school and park site anchors the residential community, and it is separated by several blocks on each side from non-residential land use. Residents have access to a variety of services within the immediate vicinity, as well as excellent access to other parts of the city via the major arterial roads that surround the community. In addition to homes and major institutional and commercial facilities, the neighbourhood also contains four schools and six places of worship.

The neighbourhood takes its name from the former designation for 114th Avenue, which was 114th Avenue-Spruce Avenue. The avenue was likely named after the spruce tree, which is native to the area. 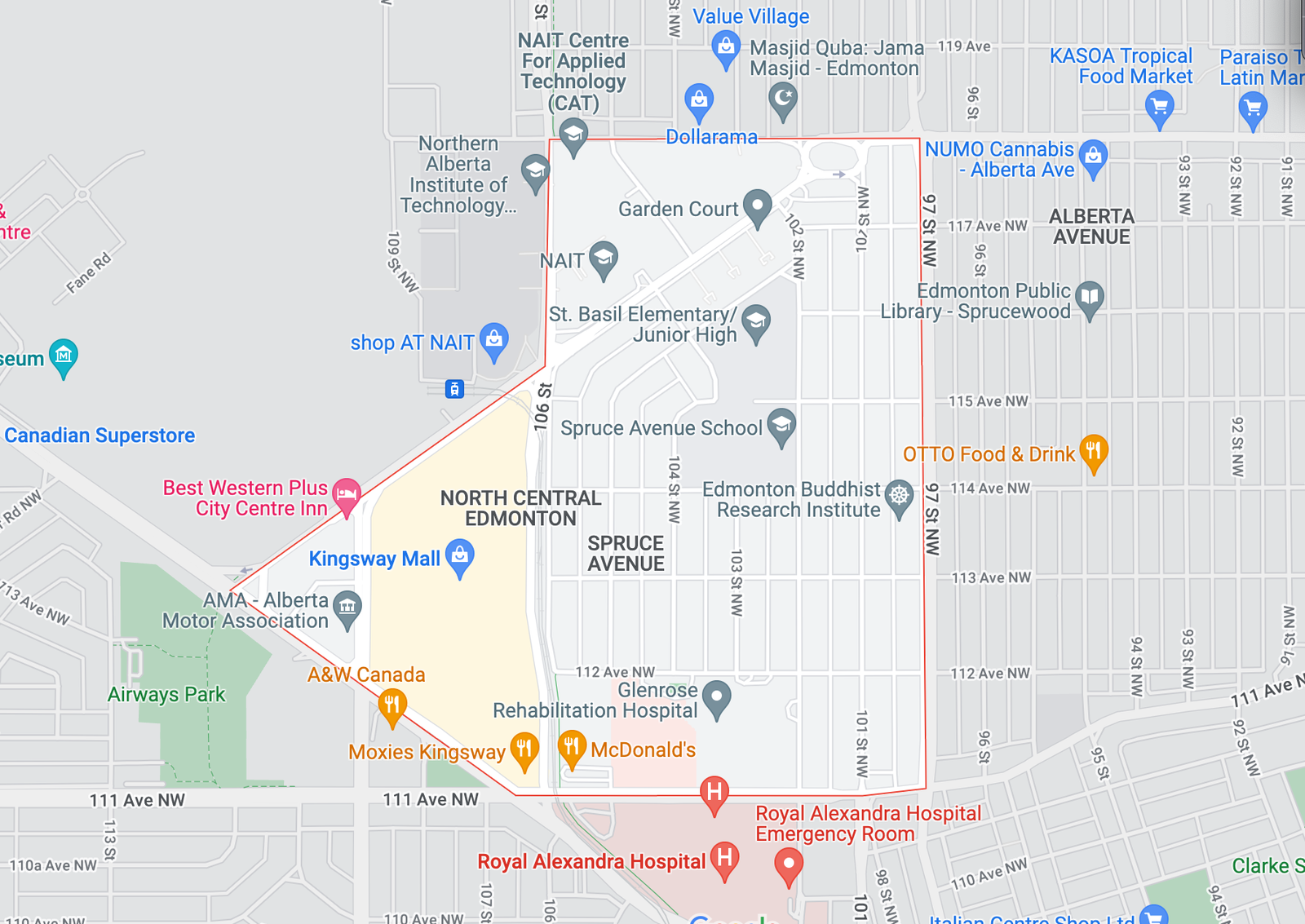 Save this search and subscribe to email alerts: Automatically be notified of new listings that match this search!
Showing 1 to 15 of 19 results

Courtesy of Terry Paranych and Jordan Thimer of Re/Max Excellence

Courtesy of Terry Paranych and Emira Hadzic of Re/Max Excellence

Courtesy of Robert Hasek and Paul Paiva of MaxWell Polaris

Courtesy of Bikram Bathh and Jassi Chahal of MaxWell Polaris